This poster is making the rounds over at tumblr, and making them fast (it had 19,018 notes when last I checked, and of those perhaps 3,000 were added in the last few hours). 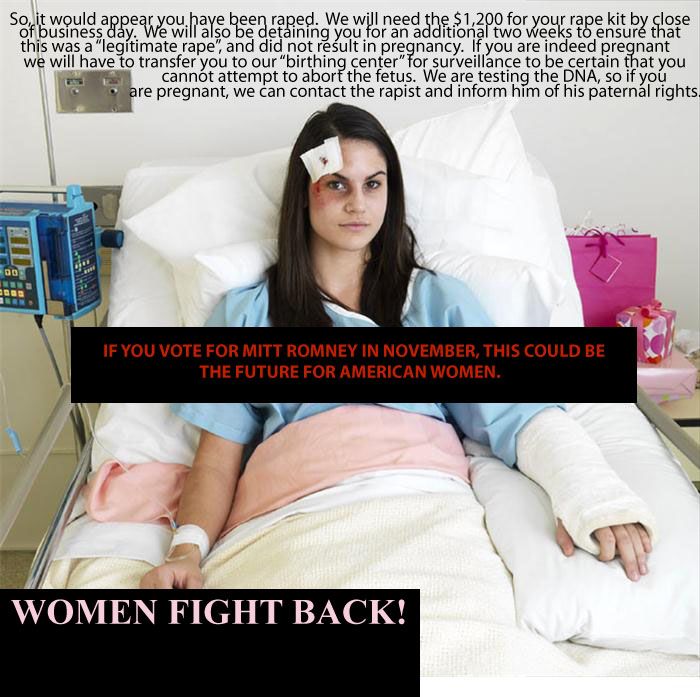 And while that might seem inflammatory, it does in fact express what happens when one tries to be philosophically consistent with the view — endorsed in the current (2012) platform of the Republican Party —  that an “unborn child” has a “right to life.”  One concludes that a woman pregnant as the consequence of rape must be forced to carry that child to term.

The practices endorsed in the illustration above might seem like satire, but the are the consequence of consistency. and their result is cruelty (as is so often the consequence of consistency in “moral reasoning.”)  I see no reason to concede that anyone willing to endorse a “no exceptions” rule for abortions has so much as the slightest shred of decency or humanity in them.

If the forced-birthers win in American politics, we will see practices like these and worse.  And don’t expect that they will stop there.  Expect this:  women of childbearing age will be forcibly pregnancy tested at points of exit and entry to the United States.  If pregnant upon exit and not upon re-entry (and no baby in tow), expect prosecutions for their presumptively having had abortions abroad.

2 thoughts on “Some abortion politics”